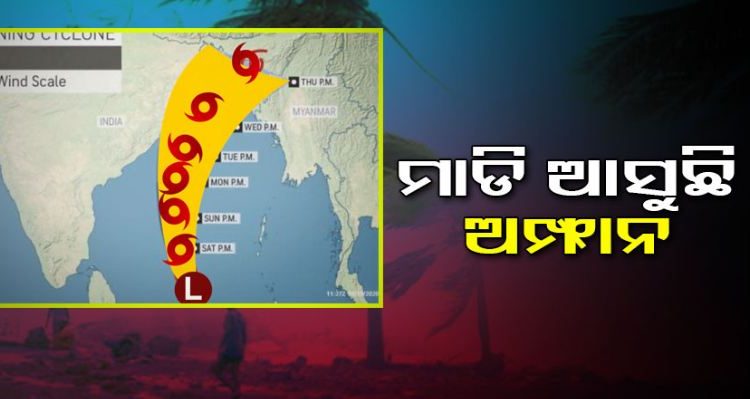 Bhubaneswar: Very severe cyclne Amphan moving towards coastal 6km per hour.  . The low pressure area in the southeastern Bay of Bengal is slowly increasing its strength. It has been raining this morning and then intensifying, and this evening it has turned into a hurricane. Amphan, 1030 km south of Paradip, is now moving at a speed of about 3 km per hour and is beginning to gain strength.

The Indian Meteorological Department predicts that it will move north-northwest until the 17th and then change direction and move north-northeast, i.e. towards the northwestern Bay of Bengal. Not only that, ‘Amphan’ will take the form of a hurricane tomorrow and in the next few hours by the 18th it will have taken the form of a hurricane. But by the 19th, it will be even worse, when the wind speed will be 170 kmph in the center of the wind. The process will continue until the evening of the 19th. Later, the outbreak may be slightly reduced. If it touches the ground at 4 p.m. on the 20th, the wind speed will be 145 kilometers per hour at that time. It is estimated that it may touch West Bengal a short distance from Digha and may move further through Kolkata once it reaches land.
However, the Director General of the Indian Meteorological Department, Mrityunjaya Mohapatra, said that “Amphan” did not pose a direct threat to Odisha. It is unknown at this time what he will do after leaving the post. The issue’s end has the recaptured Doomsday in the control of the KGB again. But it is true that it has already taken the form of a strong wind as it crosses the Odisha border, with wind speeds of 140 to 180 km / h in the area and winds of up to 180 km / h in the meantime.

The Indian Meteorological Department has forecast winds to be slightly off the coast of Odisha. The maximum wind speed will be 75 to 45 kmph along the coast of Jagatsinghpur, Kendrapara, Bhadrak and Baleshwar districts. The epicenter was reported below the Pacific Ocean floor, however; no tsunami alert was issued. It may increase.

It is estimated that the storm will hit Amphan on the Bulbulbul road, but will move slightly towards the coast, 70 km offshore. Bulbul moved 110 km from Paradip. The closest area to the storm will be Paradip on the Odisha border. This indicates that the damage in the four coastal districts of Jagatsinghpur, Kendrapada, Bhadrak and Baleshwar may be slightly higher as the storm has reached a very severe state. 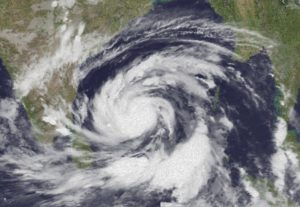 According to the meteorological department, rains are likely along the southern Odisha border from the afternoon of the 18th. Yellow warnings have been issued for Ganjam, Gajapati, Puri, Jagatsinghpur and Kendrapara. By the 19th, the amount of rainfall in North Odisha will increase. There may be heavy to very heavy rain in some places. Orange warnings have been issued for all coastal districts on this day. The coast of Odisha is expected to be under pressure until the morning of the 20th. The meteorological department has issued yellow warnings for Balasore, Bhadrak, Kendujhar and Mayurbhanj.

The sea will be very rough at this time. A red warning has been issued for this. However, fishermen have been banned from entering the sea, and all ports have been warned of danger number 2.

On the other hand, meteorologist Dr. Surendra Nath Pashupalak has studied various models and predicts that the rains will start on the 19th, not the 18th, as the wind speed is slow. Odisha has not been affected by the storm. Instead, it will travel only 150 km off the coast of Odisha, or Paradip. “It simply came to our notice then that the storm was moving north-northeast,” he said.

In that case, the Ganjam district will have little effect. Jagatsinghpur, Kendrapada, Bhadrak and Baleshwar will have some impact within 30 km to 50 km of the coast. Wind speeds can range from 60 to 70 kilometers per hour. There will be light to moderate rain on the 19th. It is unknown at this time what he will do after leaving the post.