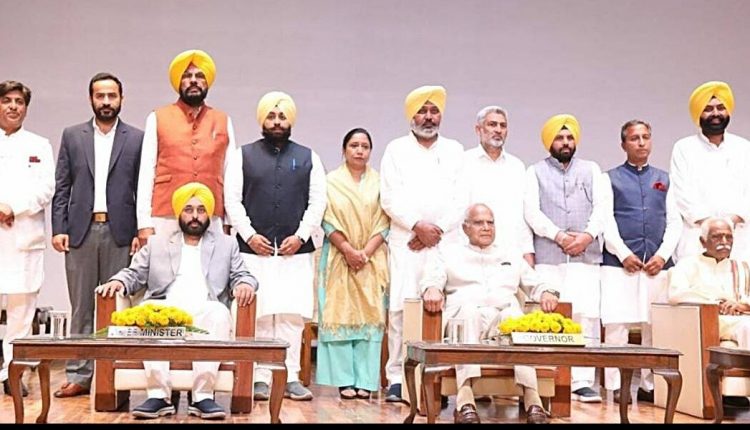 Chandigarh : Punjab Chief Minister Mann’s Cabinet was sworn in today. There are 10 ministers in the cabinet. One of the 10 ministers is a female minister. At a function in Chandigarh, Governor Banwarilal Purohit administered the oath of office and secrecy to the MLAs. After the swearing-in, all the ministers held talks with Chief Minister Bhagwant. The first meeting of the cabinet will be held today at 2 p.m. In which the government may make some major decisions.
Two people from the Aam Aadmi Party (AAP) have been elected to the Legislative Assembly for a second term. Eight people have been elected ministers for the first time. It is unknown at this time what he will do after leaving the post.

Who is the Cabinet Minister?