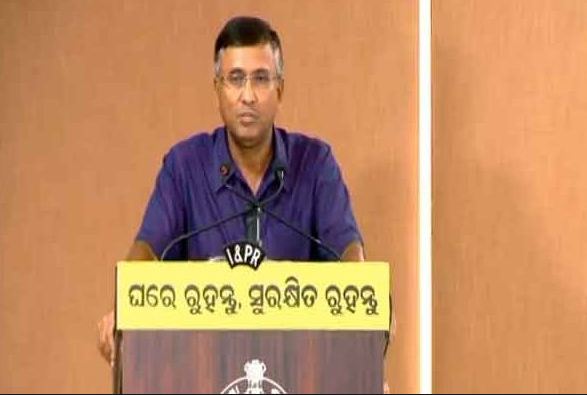 Registration is mandatory for out-of-state returnees

Bhubaneswar: Registration is mandatory for out-of-state returnees . state government is planning to fight Corona . Now the fight has reached a critical juncture. Preventing coronary heart disease is largely dependent on the management of Oriyas returning from outside the state. Earlier, people from outside the country were identified and registered to fight the infection. Now the state government has taken various measures to cope with the situation by keeping out-of-state workers, students, professionals and other Oriyas in the state. Before returning to the Oriya diaspora, it is important to register on the Kovid 18 website launched by the state government. The state government will check whether various state administrations have been registered before coming to Odisha from there. In addition, registration information will be checked at the camp office opened at the border by the state. Those who have not done so should register before returning. State Chief Secretary Asit Kumar Tripathi said this today. Speaking at a press conference at the local Gitagobind Sadan, Mr Tripathi said migrant Oriyas could come on both roads and trains, but registration was required.

Mr Tripathi said those who came from outside the state would seek permission from local authorities. Suppose that 15 migrants from Salem district of Tamil Nadu want to come, they will pass the Salem administration and come to Odisha. Checkpoints have been opened across the state. There are a total of 11 check points in the state. Migrants who have already registered must show their check points. There are officers, police, health workers. They can come after checking if the data that has been filled is correct. But before that, immigrants need to register. Chief Minister Naveen Patnaik spoke to the chief ministers of Maharashtra, Tamil Nadu and Gujarat last week in a video message.

Salons to open in green and orange zones