New Delhi: Lockdown period may be rise again in India . The number of cases of coronavirus infection in India is on the rise. This has been the case since the third phase of Lucknow. While the situation is likely to worsen further, speculation has begun as to whether Lockdown will end on the 17th.

At midnight on March 24, when the first round of lockdowns began in the country, there were only 525 cases. The number of victims has been on the rise since May 4, when the third phase of the shutdown began in the country. More than 10,000 cases have been identified in the country in the last 96 hours. In other words, the number of cases of infection has risen from 40,000 to 50,000 in four days. Not only that, for the past three days, the number of victims has risen to more than 3,000. As many as 3,494 new cases have been reported in the past 24 hours, with the number of coronary heart disease cases reaching 60,000 today. 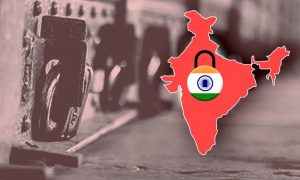 Lockdown is considered the strongest way to prevent coronary artery disease, as there is no cure or vaccine available. The number of victims has risen sharply since the collapse. AIIMS director Randeep Guleria and the World Health Organization have already warned that infections in India are likely to reach a peak in the next 3-4 weeks.