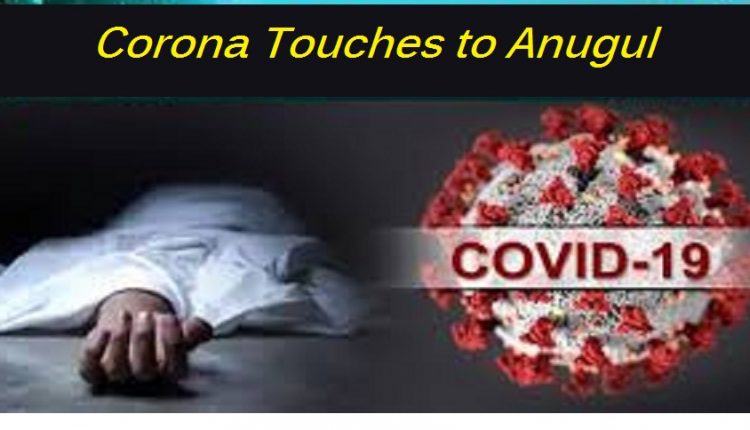 Bhubaneswar: Another 58 corona positive reported one death in Odisha . Another 58 corona positives have been identified in the state. As a result, the total number of victims in the state has risen to 352. That’s according to the state Department of Health and Family Welfare. Today, Karona captures a new district in Odisha. This is Anugul. Thirteen corona positives have been identified from Anugul district today.
Another coroner has died in the state. The deceased is said to be from Ganjam district. Two coroners, identified earlier from Bhubaneswar, were killed. The death toll from the coronation has risen to three. 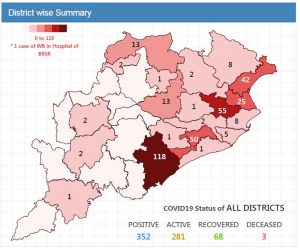 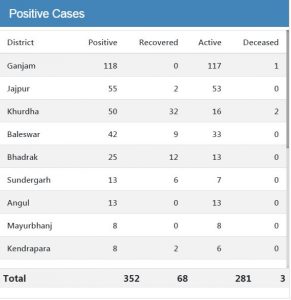