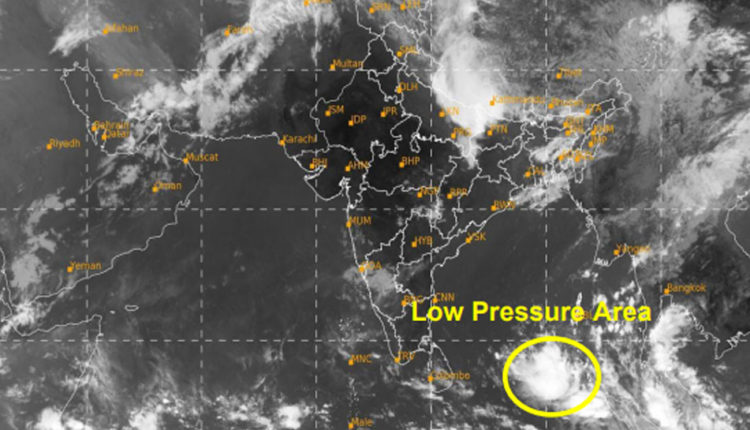 Cyclonic Storm may in Bay of Bengal : It may impact in Odisha on16th

Changing directions may come to Odisha, which is important on the 16th and 20th

Bhubaneswar: Cyclonic Storm may in Bay of Bengal  . A low pressure area has formed in the southeastern Bay of Bengal and adjacent South Andaman Sea. It will gradually thicken and settle in the center of the South Bay by May 15, causing precipitation. A storm is expected on the evening of the 16th. “The low pressure area is now in the Andaman Sea,” Indian Meteorological Department Director General Mrityanjay Mohapatra told reporters today. It is expected to intensify, with precipitation on the 15th and winds in the central Bay of Bengal on the evening of the 16th. It is unknown at this time what he will do after leaving the post. The more the wind blows, the better it can be. Fishermen who have gone to sea are advised to return as the sea is expected to remain turbulent from the next 15 days.

According to meteorologist Prof Surendranath Pashupalak, a low pressure area has been created in the South Bay today as per previous estimates. It is moving northwest from the cyclone near North Sumatra. On Thursday it will be more organized and turn into precipitation.
It is expected to move northwards and turn into a storm on the 16th. At the time, it was located in the central Bay of Bengal and adjoining the South Bay. It could then move northwards and turn into a hurricane on the 17th.

Different models have different views on the speed of the wind. According to the central government’s NCUM4 model, it will form near the Tamil Nadu coast and move northwest, touching the east coast and Andhra Pradesh. According to the GFSS model 4 of the Indian Meteorological Department, it could move in a north-westerly direction and touch the coast of Odisha. According to some other models, it will move parallel to the east coast of India and move along the coast of Odisha towards Sundarbans in West Bengal. According to the U.S. NCEC, the Indian Meteorological Department’s GEFS9 and GPP prices, it is likely to move north-east after the 17th and touch Chittagong in West Bengal.

“The situation in the North Bay is conducive to the intensification of the storm,” he said. It is unlikely that it will move to Myanmar. The winds in the central and northern Bay of Plenty are expected to intensify, with winds blowing from the center of the wind to the upper atmosphere, scattered winds in the upper atmosphere, and extending to the upper atmosphere. It could turn into a hurricane on the 17th and a hurricane on the 18th and 19th. By then it would be located in the North Bay. West winds are now blowing in the upper atmosphere. The epicenter was reported below the Pacific Ocean floor, however; no tsunami alert was issued. In addition, wind pressure around the center of the storm suggests that it will change direction after the 17th and head towards West Bengal and Bangladesh. The coast of Odisha is likely to collapse. The 19th and 20th are very important for Odisha. By the 17th, the impact on Batya Odisha will be clear.

Meteorologist Sarat Chandra Sahu said the low pressure area in the southeastern Bay of Bengal could turn into heavy rainfall by May 16. Effects will continue along the coast of Tamil Nadu, Andhra Pradesh and Odisha till May 19. It is likely to be close to West Bengal and the Odisha coast by the 19th or 20th. The possibility of this precipitation turning into a cyclone cannot be ruled out either. This is because of the fact that the temperature and the surface temperature of the sea surface are 30 degrees Celsius, which is necessary to create a cyclone.

Be careful! Tears can be cause Of COVID-19 Infestation : American scientists