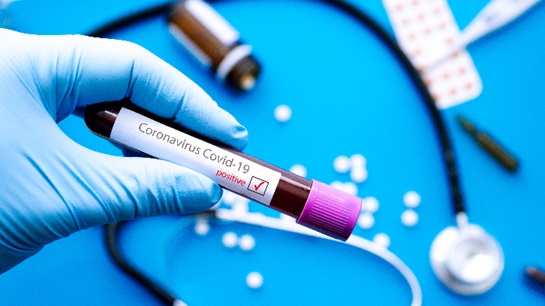 Bhubaneswar: Covid-19 patients with mild symptoms can now be treated in isolation at home . The state government has made some changes in the covid-19 strategy from today. In particular, the state government has decided to make major changes to the Discharge and Home Isolation (Lonely) Policy or Policy for Covid-19 patients, said Pradeep Mohapatra, Additional Chief Secretary to the State.

Speaking at a press conference at the local Gitagobind Sadan on behalf of the state government, Additional Chief Secretary Shri Mohapatra said, Issued guidelines. The state government has also accepted it. However, the state government has made minor changes to it and has made it more stringent and enforced in the state from today. Under the guidelines of the central government, patients who have not seen symptoms for the past 10 days and who have not had a fever for three consecutive days can be discharged from the hospital, he said. Similarly, in the case of critically ill patients, they can be discharged from the hospital even 3 days after the onset of symptoms.
However, the state government has complied with the central government’s policy. Informing about the changes made by the state government in the discharge and loneliness policy, Mr. Mohapatra said that a person discharged from a hospital in Odisha has to stay in his or her home for 14 days in isolation or isolation instead of 7 days. A stamp on Oliva Kali’s hand and a wristband will be attached to the hand of a person living in a separate house in her home. No member of the household of a separate resident may leave the office; Nor can anyone enter his house. A quarantine sticker will be placed in front of the person’s home. He will not be allowed to live alone in the house unless the toilet is available with separate rooms for the person concerned at home. He will have to stay for 14 days at the official solitary confinement center organized by the government. In Odisha, the state government has given priority to cases where there are no symptoms or minor symptoms.

Similarly, those who report positive after a sample test but do not have any symptoms or who have minor symptoms will also be allowed to stay in solitary confinement under medical surveillance at home. However, for his appearance, he has to have a person with a phone facility. He was rushed to a nearby hospital, where he was pronounced dead at the scene. His home will be considered a content zone. In the first phase, the state government has decided to implement the new scheme, said Additional Chief Secretary Mohapatra.