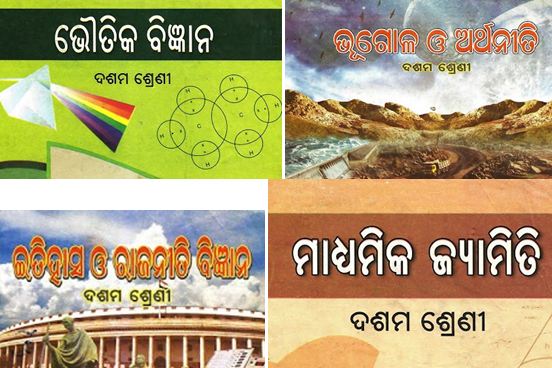 Prakash Chandra Mohanty, general secretary of Ostar, said more than 600,000 students, parents and teachers had raised concerns after the Council for Secondary Education was notified of the 10th class textbook change and the sale of the book in May. The army needs to be clear whether the books will be distributed or sold. The army also needs to be informed of how late it will be. He encouraged ordinary people as well to take part in solving this great task: “One of the things you and other people can do is keep up the pressure … there are going to be some difficult decisions for government”.

Osta added that council officials had been in talks to provide the books before the start of the current academic year. The meeting was scheduled to begin on March 13 and will begin on March 28. So everything is ruined because of the corona. Getting books to children has now become a problem. The situation is unlikely to improve by May 3. So students have to go to waste for a month. Therefore, in view of the current situation, the textbooks of the tenth grade textbooks should be made public. Arrangements should be made to release the sale and distribution of textbooks during the lockout. In addition, Ostar Binod Bihari Panigrahi, Vikari Charan Sahu, Ranjan Kumar Das have made major demands to provide free textbooks to all ninth and tenth grade children like Scheduled Caste and Scheduled Tribe students. The AIDSO has demanded that the decision be revoked immediately. A press release issued by the organization said that the 9th and 10th graders had started reading books by collecting old books from upper class children. However, due to the arbitrary actions of the board authorities, the changes in the 10th textbook will result in the majority of students in the general household going to buy new books and being financially exploited. The student body has demanded the immediate repeal of the anti-self-interest decision and the provision of free textbooks and textbooks to all students in the state, including ninth and tenth grades, and the waiver of all levels of fees in education. Ganesha Tripathi, state president of AIDSSO, and Sub, editor Transparent obliged Press relies a hero.

Schools and Mass Education Minister Sameer Ranjan Das, on the other hand, made it clear today that there has been a slight change in the 10th class textbook. This was previously reported to the Legislature. The council has also informed the principals of all such schools. So students or parents should not be confused.