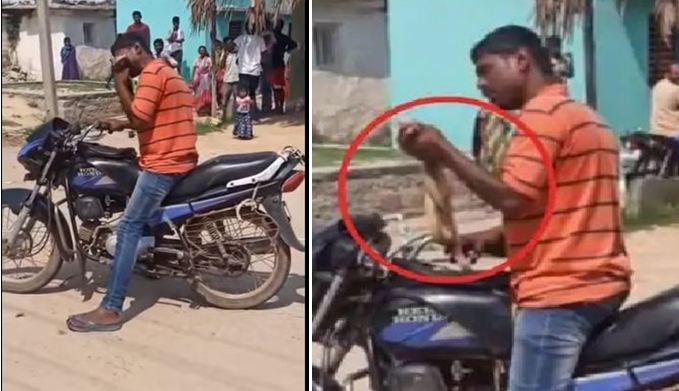 BENGALURU: Young man bite snake in teeth   . A strange sight has been witnessed in the Kolar region of Karnataka. As a young man was riding his bike, a young snake came running in front of him, biting the snake and shattering it. After the video went viral on social media, it became a hot topic.

The young man’s name is Kumar. The video shows him turning the snake around and biting his entire body with his teeth. On Tuesday, the snake fled in front of his bike as he was returning from a liquor store. As a result, the young man was caught catching the snake and causing such a strange incident.

He was found holding the snake and wrapping it around his neck. He was heard biting the snake and saying, “How dare we come on my way?” Many people stood there and captured the scene on their cameras.

Notably, you must know that after the completion of the second phase of the lockdown, liquor shops have been allowed to open in the state.