New Delhi: Salman’s new song Tere Bina teaser release . Superstar Salman Khan has recently announced his upcoming music video ‘Tere Bina’ after the release of his song ‘Pyaar Karona’. It was a big surprise for his fans because he had already promised to release 2 more songs after his own song. The teaser of the song by Salman Khan and Jacqueline Fernandez has now been released which is going viral on the internet.

Everyone loves this teaser of Salman Khan and Jacqueline Fernandez. The two have been spotted together since their film ‘Kick’. Everyone loves their romantic style.
The teaser has already been viewed by 1.1 million people. Directed by Salman Khan and composed by his friend Ajay Bhatia, Salman himself has voiced the song. It was written by Shabir Ahmed. The song will be released on Salman Khan’s YouTube channel and social media handle. The song will be released on May 12. But for teammates of Salman, the teaser is nothing short of a gift. 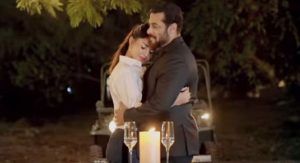