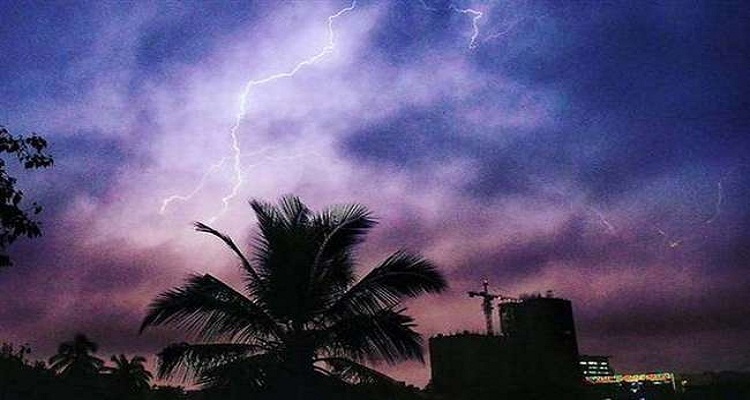 Possibility of thunderstorms and heavy rains in various states including Odisha

New Delhi: The weather has also changed in the wake of the corona epidemic crisis in the country. According to the Meteorological Department, thunderstorms are expected in many states, including Odisha.there is a possibility of thunderstorms and heavy rains in various states, including Delhi-NCR, in the next 24 hours. An alert has been issued by the meteorological department.

The meteorological department has forecast Thunderstorms are expected in many states, including Odisha with heavy rains in Assam, Meghalaya, West Bengal, Sikkim, Arunachal Pradesh, Nagaland, Manipur, Mizoram and Tripura. In addition, Jharkhand, Telangana, Odisha, Bihar and Karnataka have 50-60 km per hour. There is a possibility of strong winds. The meteorological department also forecast thunderstorms in Punjab, Haryana, Chandigarh, Delhi, Uttar Pradesh, Rajasthan and Chhattisgarh.

The last few days have seen such a change in the weather. The meteorological department has forecast that the weather will remain like this for the next 27th  April. The rains are likely to cause problems for farmers. This is because in most districts it is time to harvest. “Everywhere you look today, the tide of protectionist sentiment is flowing. So they are likely to be destroyed due to rain.