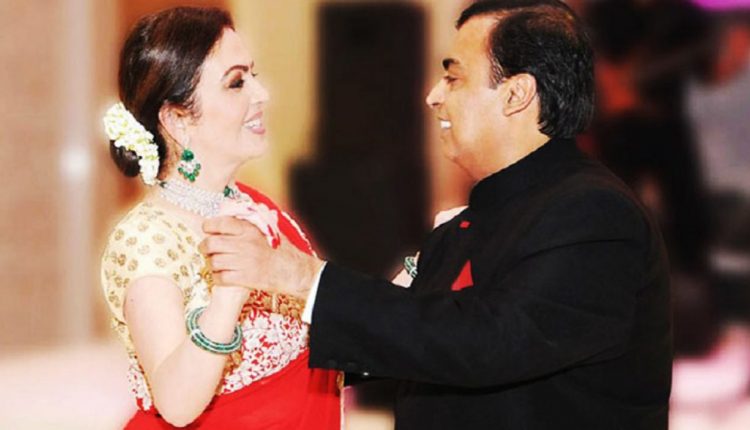 Mukesh Ambani’s love story : Know how to Proposed to Nita in traffic signal.

New Delhi: Everyone knows about the personality of Mukesh Ambani, the richest man in Asia and the 9th richest man in the world. Apart from being a successful businessman, Mukesh Ambani is also a good family man. Today is the birthday of this great man of the country.

Born on April 19, 1957 in Yemen, the life story of Mukesh Dhirubhai Ambani is inspiring for many generations.

Mukesh’s father changed the story. Wanting to get a daughter-in-law, Dhirbhai Ambani called Nita and called her office and when Nita arrived there, Mukesh was also present. This is how Mukesh and Nita first met there.

“It simply came to our notice then.

The image of silence on the lips and invisible love on the eyes was revealed in this first meeting. Gradually, the relationship between Mukesh and Nita took a new turn. Seeing each other grew.

One evening, Nita was riding in Mukesh’s car and the car stopped near the traffic signal. Thinking of this as a golden opportunity, Mukesh proposed to Nita to get married. The vehicle did not move forward until it was too late to signal traffic. Waiting for Nita’s answer. In this case, when the road was jammed, Nita was embarrassed and immediately agreed to Mukesh’s proposal.

Thus fell the veil of Mukesh-Nita Ambani’s love story at the wedding. For those who have loved them for a long time, this love struggle must give them courage and faith.

No mask  No fuel: new rules for the whole country

fire broke out near the Berhampur Engineering School