Jacqueline shared a photo of Salman’s gym in Lockdown 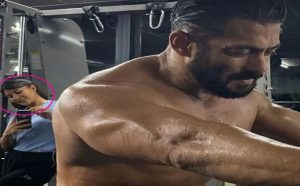 In the photo, Salman is seen doing shorts and exercising. He is seen flirting with his forcible body. This photo of her is very much liked. Jacqueline shared the photo on her Instagram account. “Gifts or hard work,” he wrote in the caption. He seems to be honoring his position every day, which God has given him. Thanks a lot for coming. Stay safe. ‘
Earlier, Salman Khan shared a photo. On one side of the photo, Salman is seen in the gym, followed by Jacqueline. Fans liked the photo on social media.