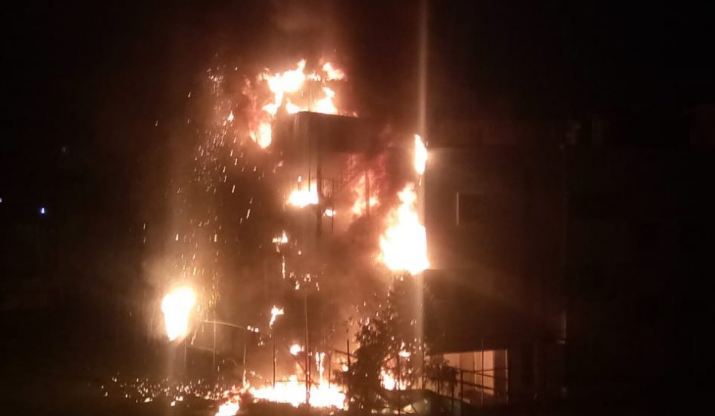 Bhubaneswar : Fire broke out in Bhubaneswar Railsadan community hall .  A fire broke out in a community hall at the Chandrasekharpur railsadana in Bhubaneswar. For some reason, the fire spread to the third floor of the building.
The fire was brought under control shortly after the fire was reported to the fire department. No one was killed in the blaze, according to the fire department. It was not immediately clear what caused the fire.

SBI loan in 45 minutes, no installment for six months