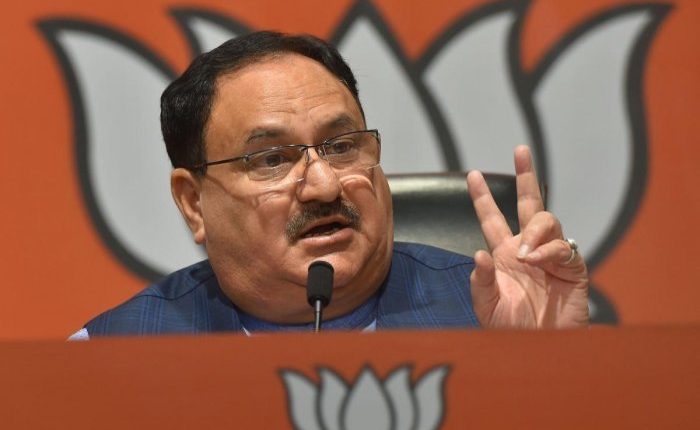 Thanking the party karyakartas and office bearers, Shri Nadda said that in this hour of crisis, all the karyakartas and office bearers are working wholeheartedly in the service of the needy people. Their strength, patience, hard work and vitality are our strengths in the fight against Corona. We must continue to fight with Corona until we defeat Corona.

The National President said that we must follow and encourage others to follow the appeal of Hon’ble Prime Minister Shri Narendra Modi ji to turn off the lights tomorrow April 5 at 9 pm and flash candles, torches and mobile flashlights for nine minutes to show our courage and solidarity against the darkness of Corona.

The BJP president said that we have to make the use of masks a mass campaign. We should promote the sacrament of cleanliness. We are delivering food to the five crore poor and needy people of the country every day, but we need to spread awareness too among the people about every aspect of prevention from Corona.

Shri Nadda said, to further strengthen the decisive fight against Corona, the Modi government has released Rs. 17,287 crores to the states. The Ministry of Home Affairs has approved the grant of Rs 11,092 crore from the State Disaster Hazard Management Fund (SDRMF) to the states. Along with this, the Finance Ministry has also released Rs 6,195 crore under 14 Revenue Deficit Grants, which is quite commendable.

The BJP President said that 1.52 lakh beds, 4,307 hospitals, 33,000 ICU beds and 16,000 ventilators are ready to fight Corona in the country. Approx 10,000 personal protection kits are being prepared every day. Adequate and fast testing is also being done, so there is no need to panic.

Shri Nadda said that all of us have to donate extensively in the ‘PM Cares Fund’ so that the fight against Corona is not weakened. Under the Pradhan Mantri Garib Kalyan Package, the Modi government has started transferring the first installment of the relief package to the accounts of more than 20 crore women holding Jan-Dhan accounts.

The BJP president said that the government has launched a mobile app named Arogya Setu to combat the corona virus. This will enable people to assess the risk of catching corona infection. We should download it in our respective smartphones and inspire others to do the same.

Shri Nadda said that the manner in which all the countrymen have been united and fighting to defeat Corona under the leadership of Prime Minister Shri Narendra Modi, is amazing and admirable. David Nabarro, Special Representative of WHO COVID-19, has also praised India in this direction, saying that while other countries of the world were negligent about Corona, India has taken strong action and India is far ahead in this matter from other countries.

UJJWALA YOJANA, A VEHICLE FOR SOCIAL CHANGE, WILL EMERGE AS A KEY PLAYER IN INDIA’S FIGHT AGAINST CORONAVIRUS- DHARMENDRA

Connected to Tabligi Jamat Corona of 30 per cent in the country due to case : Health Ministry told