Bhubaneswar: Biryani delivery Boy infected COVID-19 Positive in Bhubaneswar . Terrorism has erupted again in the capital Bhubaneswar a few days later after the discovery of 3 corona cases. Most importantly, he was identified as a biryani delivery boy who was diagnosed with corona disease in Mancheswar. He was immediately admitted to isolation after the positive came out. A team from the health department reached the home of a local Mancheswar police delivery boy. Swabs were reportedly collected from other members of the victim’s family. Concerns have been raised after the Biryani delivery boy was diagnosed with coronary heart disease. Contact training has begun on where he delivered biryani, where he went. 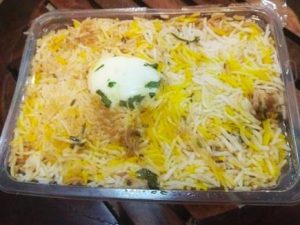 According to reliable sources, the concerned biryani delivery boy works for a biryani selling company in Patia. Mancheswar was living in a rented house in Chakeisani with his family. He delivers biryani, especially in the Suryanagar area. In the last few days, he has had symptoms of cold and cough in his body. He called toll-free number 104. The delivery boy’s self-test was then performed. “She was released this morning; she’s talked to her father and she’s fine. It is speculated that the person concerned may have been infected with corona from the delivery of biryani in the Suryanagar area. But no information was provided by the health department.

Severe Cyclone in Bay of Bengal on the 14 th, Know what impact in Odisha

Big news : 25 more COVID-19 positive identified in Odisha ; 24 from Ganjam and 1 from Bhubaneswar