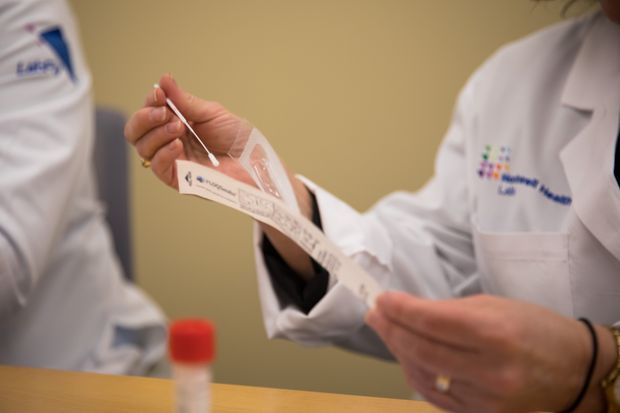 Another ‘corona’ case has been identified in Bhubaneswar

Bhubaneswar  :  Another is suffering from ‘corona’ today. He is from Bamikhal area of ​​Bhubaneswar. He will be 35 years old. “She was in contact with other victims of Bamikhal,” said Subrata Bagchi, chief spokesman for Kovid-19. The 35-year-old, who was diagnosed with coronary heart disease, was staying at his Babylonian apartment in Jaydurga Nagar, Bamikhal from March 22 to April 12. Although he did not show any symptoms, the health department collected blood and swab samples and sent them for testing. Today, the 13th, he has come out positive. He was rushed to Kims Hospital, where he was pronounced dead at the scene.

Earlier, three brothers from a family in Bamikhal area were affected by ‘corona’. He came in contact with two other coroners. The Bhubaneswar Metropolitan Municipality (BMC) declared Bamikhal area a contentment zone. Even sanitized the area concerned. Health workers went from house to house examining people’s health. Today, the number has risen to 42 in Bhubaneswar after a 35-year-old man was diagnosed with coronary heart disease. The death toll in the state has risen to 55. One of them died and 13 returned home after receiving medical treatment.

Farming Related activity allowed second round of the Lockdown in Odisha : SRC