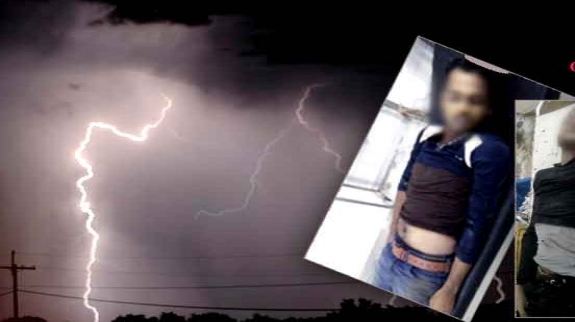 Bhubaneswar: Lightning struck parts of the state this afternoon. A total of Seven people killed in lightning strike including two women.Three people were killed in Mayurbhanj district, two in Kendujhar district and one in Baleshwar and Anugul districts.

Urmila Muji, 45, of Balabhadrapur village in Jhumpura block of Kendujhar district and Rand Munda of Sarupalata village. While Rand Munda was working on his stick, Urmila was returning home from work after the bank. Urmila’s companion Mahakud was injured and admitted to the Champua Sub-Divisional Health Center.
A young man was also killed in a lightning strike in Baanrapal in Anugul district. The deceased was identified as Babaji Nayak, 40. A man has died in Baddhanadi village of Rasalpur panchayat under Balasore headquarters block. The deceased was identified as Siddhartha, 21, son of Katendra Majhi. He went to shrimp. There was a thunderstorm at this time. 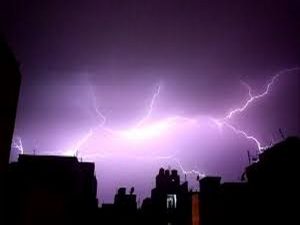 Three youths from a village were killed in a lightning strike under Khunta police station. Which has created a mournful atmosphere in the local area. According to sources, at around 11.30 am today, Yaminikant, 22, son of Subhas Mahant of Badpathara village, Divyashkar, 24, son of Shashidhar Mahant and Kaushish, 19, son of Satyaranjan Mahant, went to the pond at the end of the village to catch fish. Heavy rains and thunderstorms followed