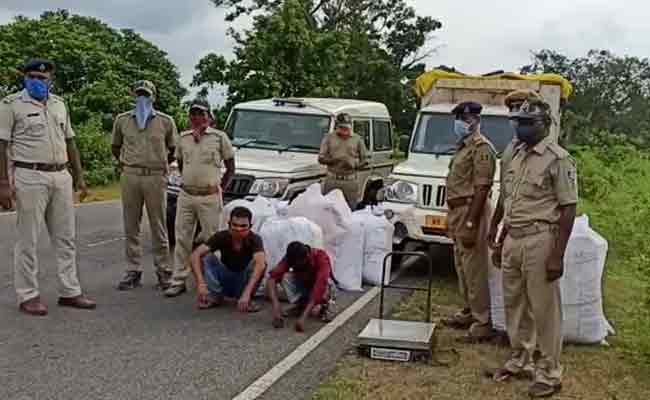 Mohana: Cannabis was being transported from Raigad to West Bengal during the shot-down . However, he was arrested by police. Mohana police seized Rs 2.5 lakh worth of cannabis and arrested two people.

A team led by Gajapati District Mohana Police Station Officer Sujit Kumar Nayak stopped a pick-up van near Luder Chowk while patrolling. During the investigation, 14 bags of cannabis were seized from the vehicle. It will weigh 4 quintals and 68 kg. It is estimated to cost Rs 25 lakh. Police have arrested two people in connection with the cannabis smuggling.

PICT berth at the port of Paradip has resumed shipping

Hand sanitizers will be available for Rs 25