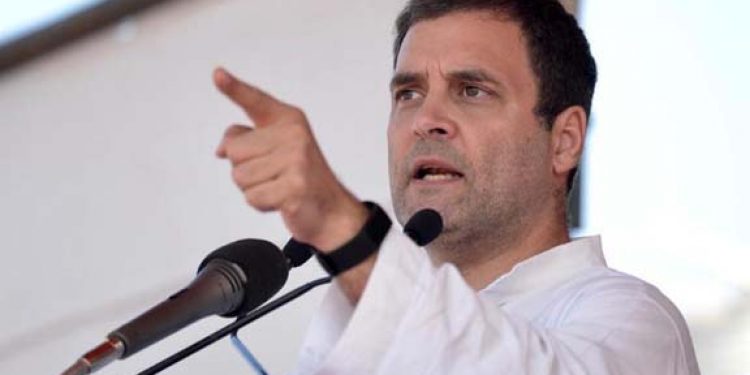 Rahul Gandhi discussed the current situation in the country with renowned economist and Nobel laureate Abhijit Banerjee. Roads like lockdowns have been taken across the country to prevent the spread of the coronavirus. Rahul Gandhi has discussed the financial implications with economists. On Tuesday, Rahul Gandhi held talks with economist Banerjee through video conferencing. “I don’t think there would be any problem if we gave 60 percent of the country’s poor money,” he said. Some people may not need it. If they spend it, it will have a positive effect on their economy.

The BJP has since launched a scathing attack on Rahul Gandhi. The Bharatiya Janata Party (BJP) said on Tuesday that the former Congress president should be told that his party would only deal with covid-19 by misleading him with statements. The congressional hearing about that were exactly where the congressional hearing about that were coming from.

BJP national spokesperson Shahnawaz Hussain said it was not right to make statements just to stay in the spotlight. Rather, Rahul should play the role of the opposition. “When the Congress was in power, Rahul Gandhi did not negotiate with any economist,” he said. What Raghuram Rajan is saying in consultation with Abhijit Banerjee, we have already got as a proposal.

WhatsApp’s digital payment service launched by end of this month.