Khordha: Another migrant Odia bus accident. The bus driver was killed and at least two were injured in what became known as the kuhudi. The accident happened near fog late last night.

According to reports, a bus carrying migrant Odias was involved in an accident late on National Highway-16 fog late last night. The bus hit a truck carrying mangoes and fell on the side of the road. The driver of the bus was killed and at least two others were injured in the blast. About 40 migrants were traveling from Hyderabad to Banki. The front of the bus was damaged.

Tangi firefighters rushed to the scene and rescued the injured, who were taken to Tangi Medical Center. It is learned that the administration is making arrangements to send passengers to another bus. 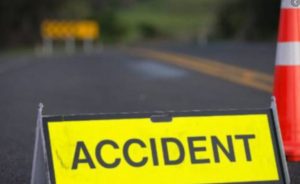