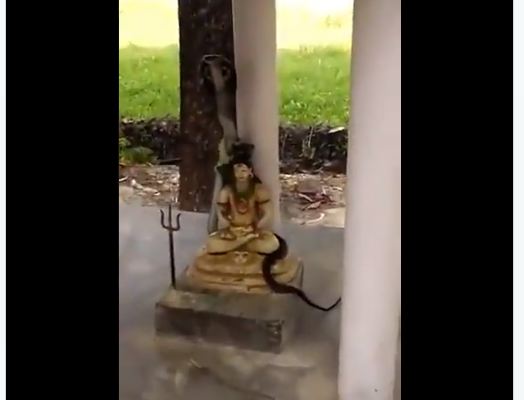 Nagdev wrapped on Shivalinga In the temple : watch video

New Delhi : Nagdev wrapped on Shivalinga In the temple  . Now people are living in captivity at home because of the lockdown. Animals, on the other hand, are coming up the road because of the low noise. Many such incidents are seen on social media every day. Now a similar video has surfaced again.
The video shows a snake entering the Shiva temple and sitting on the statue. It is as if the meeting had begun. The snake is estimated to be about 5 feet long. The scene was shot on a mobile phone by locals.

One of the biggest that I have come across.Can anyone explain why does this happen? pic.twitter.com/6MYrPg2lkV

Indian Forest Service Officer Sushant Nanda shared the video on social media. He shared a video on his Twitter account saying that such a rare sight can be seen when heaven and earth join hands. This is the most beautiful moment of my life. Can anyone explain why this happens? 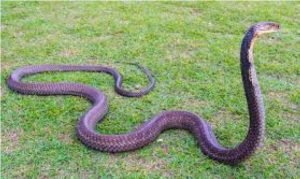