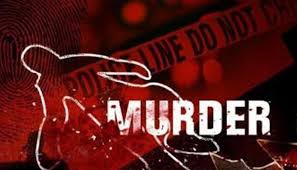 Sambalpur: Extramarital affair suspicion may cause of murder in sambalpur odisha Bhimsen Swai, 52, of Khandibahal village, Kisinda police station, Kisinda police station, Nakti Deul block, Sambalpur district, was allegedly stabbed to death in Tangia on Sunday night on suspicion of having an affair with a woman. Upon receiving the information, the police arrived at the scene and seized the body and are investigating the incident. Police have detained Gautam Majhi, 40, of the same village, and confiscated a blood-soaked tang. On Monday morning, the scientific team of 9 arrived at the scene to investigate the situation and the body was said to have been cremated.

According to reports, Bhimsen was reportedly having an affair with Gautam’s wife in Khandibahal village. Two days later, Gautam and Bhimsen clashed over the incident. Villagers said Bhimsen was outraged and beat Gautam. At around 8.30pm on Sunday night, Bhimsen arrived at the scene of the 9th accident while carrying Lanka from the stick and drying it on the street, and suddenly attacked him from behind with a tangle. Bhimsen suffered head, neck and arm injuries. Bhimsen died on the spot due to severe bleeding.

fire broke out near the Berhampur Engineering School