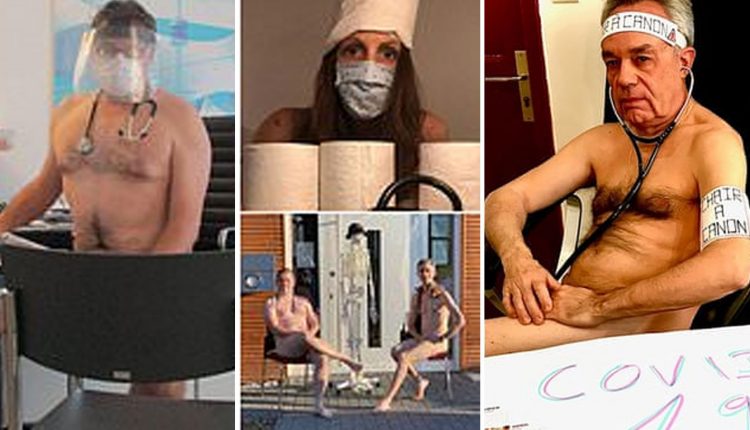 Doctor’s protest in nude pose. What is the claim?

Germany : Doctor’s protest in nude pose . know the total story, There is a lot of laughter around the world now about Corona. All countries are trying to figure out how to deal with it. “She is OK. Doctors and health workers are at the forefront of this work. But now there is news of the doctor’s protest, which may surprise you.

Naked, a group of German doctors has protested. Doctors have protested to draw attention to the lack of protective clothing (PPE). 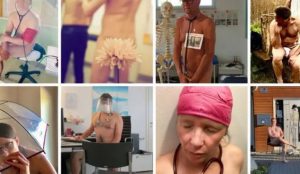 Members of the group described their opposition as “Blanke Bedenken” or “Naked Qualms” and said they felt threatened by the coronavirus and that they had not been heard for months.

Ruben Bernau, one of the group’s GPs, told Arztezeitung that he and his practice team did not have enough protective clothing to deal with the virus. “This nude protest is how insecure we are without security,” he said. During their work, doctors covered the body with toilet rolls, medical equipment, and prescription blocks.

Christian Richtenwald, a GP practitioner, said the team was inspired by the activities of French doctor Alan Colombia, who described himself and fellow doctors as “cannon fodder” in the fight against the epidemic. 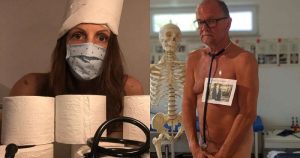 “Of course we want to continue treating patients who are still in need of a new test,” said another GP, Jana Hussain. “He needs a proper PPE for this. Since the germs entered Germany in late January, German doctors have repeatedly appealed for more PPAs,” he said.

It is reported that German clothing manufacturers have increased their production capacity, but have not been able to meet demand. Medical staff, clinics and care homes have repeatedly asked for filters masks, goggles, gloves and aprons, but their needs have been less met. 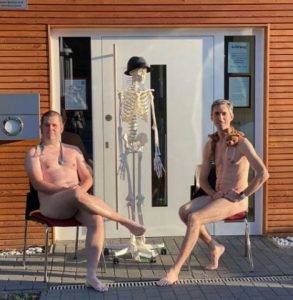