Londan : A good news for world, COVID-19 vaccine tested on humansThursday . The human immunodeficiency virus (HPV) test is set to begin on Thursday. The vaccine was developed by Oxford University and the British government announced on Tuesday that it would spend £ 20 million (about Rs 189 crore).

According to the report, the UK’s health secretary, Matt Hancock, said the health ministry was ready to make the vaccine. This is because it can play a key role in fighting the coronavirus epidemic. Hancock added that in preparation for the next phase, the British government would provide £ 22.5 million (more than Rs 210 crore) to Imperial College London for research on the vaccine.

“It would have taken years to make this vaccine,” he said. But Britain is at the forefront of fighting the epidemic. We have spent more money than any other country to find a vaccine. Nothing more is needed. The vaccine is produced only for testing and error. But the UK is ready to sacrifice anything to get its strong treatment.

The death toll from the coronavirus in the UK has risen to 17,337 before the British government announced it. The Ministry of Health reported the deaths of 828 people on Tuesday. In addition, 125,856 people in the UK have been infected with Covidium-19 so far. 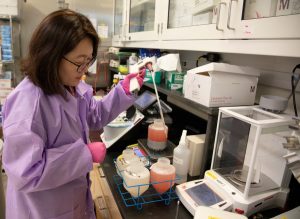