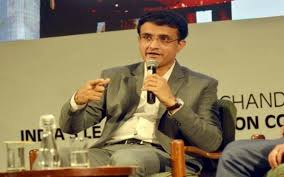 New Delhi: World is in lockdown around the world to prevent the outbreak of the Covid-19 epidemic. The 21-day lockdown in the country has already begun and some states have extended it until the end of April. In such a situation, the fate of the 13th edition of the popular T20 League IPL is also in jeopardy. So the question is whether or not the IPL will happen.

BCCI president Sourav Ganguly was questioned about this, to which he replied, “Nothing can be said about it in the current situation.” “It’s difficult to organize the IPL in the current situation,” Ganguly said. We are keeping an eye on the movement. So it would not be right to say anything now. The airport is closed, people are stuck at home, the office is closed, no one can go anywhere. It looks like the situation will continue until mid-May.

“The current situation is not in favor of the game,” Ganguly added. Where do we bring players and how do they travel? The IPL also needs to be forgotten where sports around the world have come to a standstill. Everything will be clear about the IPL after a meeting between BCCI officials on Monday.

Farming Related activity allowed second round of the Lockdown in Odisha : SRC

A newborn baby girl was rescued from a roadside in Cuttack