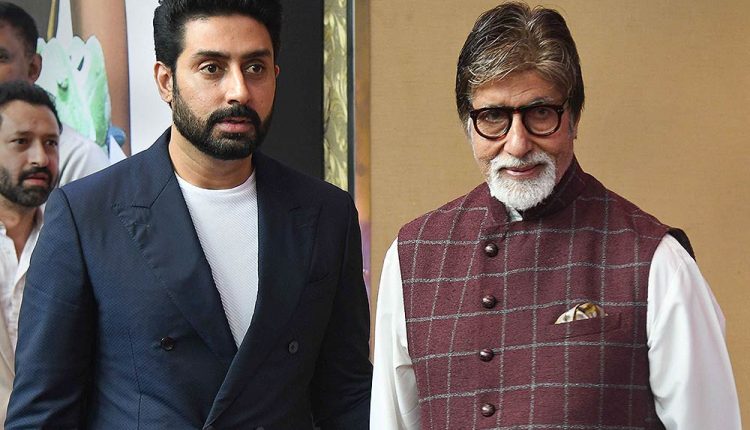 MUMBAI: Amitabh and Abhishek are Tested covid positive . Bollywood superstar Big B Amitabh Bachchan was admitted to Nanavati Hospital in Mumbai on Saturday evening after found covid -19 positive .
“She was released this morning; she’s talked to her father and she’s fine. His family
“Employees have been tested for corona, but the report is still pending.” “I urge those who have come in contact with me in the last 10 days to take their own tests,” Big B said on Twitter. Big B was last seen with Ayushman Khurana in Surjit Sirdhakar’s comedy drama ‘Gulabo Sitabo’. Although the film was originally to be released in theaters
It was premiered on Amazon Prime Video in the wake of the Corona epidemic. Meanwhile, his son Abhishek Bachchan’s self-report has been positive. Ritesh Deshmukh, a well-known Bollywood music director, tweeted wishing Abhishek a speedy recovery.

Reassuringly, Abhishek’s mother Jaya Bachchan’s coronation test has been reported to be negative. “She is OK. An official of the Mumbai Metropolitan Corporation gave the information. Similarly, Abhishek’s wife and Bollywood actress Aishwarya Rai Bachchan has not been affected.

Hand sanitizers will be available for Rs 25