The three districts will be in a 90-hour shutdown from 10pm tonight to 10am on the 25th. As the number of corona positives in these three districts continues to rise, the state government has taken such a decision, informed Chief Secretary Asit Tripathi. 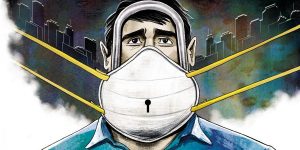